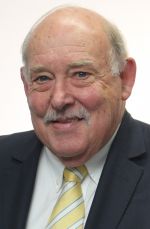 Robert Dale
Contact: 0412 968 333
Email:
REIV Accredited Business Agent
TATTS LOTTO (TATTS AGENCIES)
In 1985, after a career in the banking industry spanning more than 20 years, at a variety of locations including Melbourne, Adelaide, Brisbane and London, Robert became the owner/operator of the Hughesdale Newsagency / Tatts outlet. 1989 saw him purchase a second, larger outlet in East Bentleigh.
These businesses were very successful and by 1993 had sold both stores (Hughesdale - 1990 and East Bentleigh - 1993). With his intimate knowledge of the Tatts rules and regulations, Robert joined Doherty's Business Brokers in 1993 to specialise in the sale of Tatts outlets.
In 1994 he left Doherty's to join Ian Wollermann in the opening of Wollermann Business Brokers and has continued to build on his already impressive record as a specialist Tatts business broker.